The Other Side of Hope

The Other Side of Hope, by R. F. Dunham 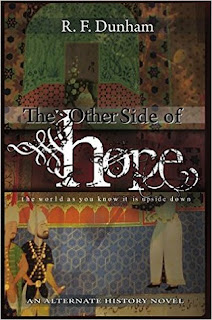 This is an interesting novel. For the setup, the author imagines a hypothetical different result in a turning point in history. In year 732, Charles Martel defeats a Berber army in Poitiers (France), stopping the Islamic invasion to Europe and, in fact, making them retreat. The author takes a different result for this event and imagines that the Islamic army defeated Charles Martel and invades Europe, setting the empire's capital in Istanbul. In this world, the Christians become a rebel force against the "Islamic dominance and imperialism". This is the world where the plot is set.

Common citizens of both worlds become the main characters. The couples of Hamid Damir and Dilara, and Abdi and Pervin, are common citizens from the Islamic empire; Ethan Lewis' family: his mother, his sister Sarah and his brother Mark, together with his girlfriend Elisa, live in Cayuga, a village in the country of Lachlond. This country has provinces like Tiogal and Susquehana and it is easy to imagine that they are current western countries, probably western Europe or America.

The author describes well oriental food and plates as he introduces the characters and their way of living in a world very unstable politically, to the point that there are military actions from East to West and rebel, guerrilla and terrorist operations from West to East.

Main characters develop their personalities mimicking the proper behaviors of the human nature in a crescendo, in a vicious circle of war and violence. It is at this point where an unexpected reaction, a hard to make decision takes the situation to an end that the reader would like to happen in the real world.

This book appeals to rescue and to let grow and reign attributes of the essence of humankind like goodness, forgiveness, or friendship against anger, hate, and destruction.

The message of the book is interesting. Somehow it reminded me of Daniel Barenboim's orchestra, made up of members from both Israeli and Palestine origin playing together.

When I read a synopsis of the book for the first time, describing how the author came to this setup, I imagined something like parallel worlds or some sort of sci-fi work playing with time. I think these beginning and ideas are very interesting and can be further exploited in an upcoming book.

My copy of the book was provided free of charge by the author, via @booktasters, in exchange for an honest review. An excerpt of this review is published on my Goodreads page.
MJOD, Bogotá, June 2016 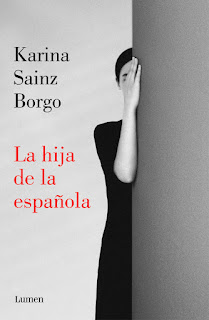 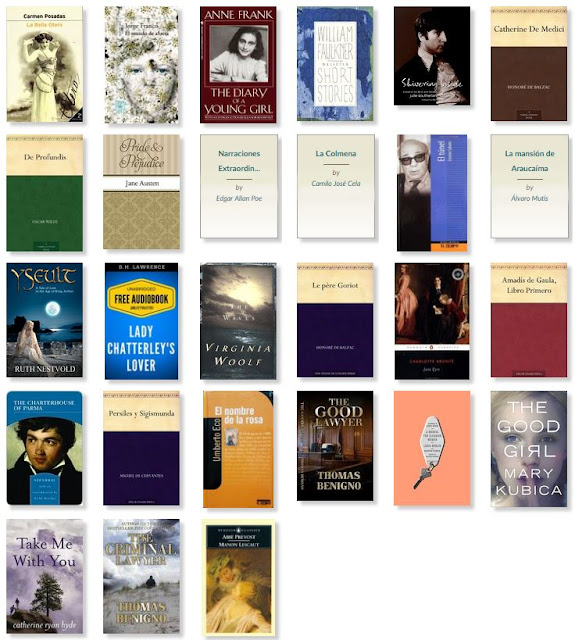